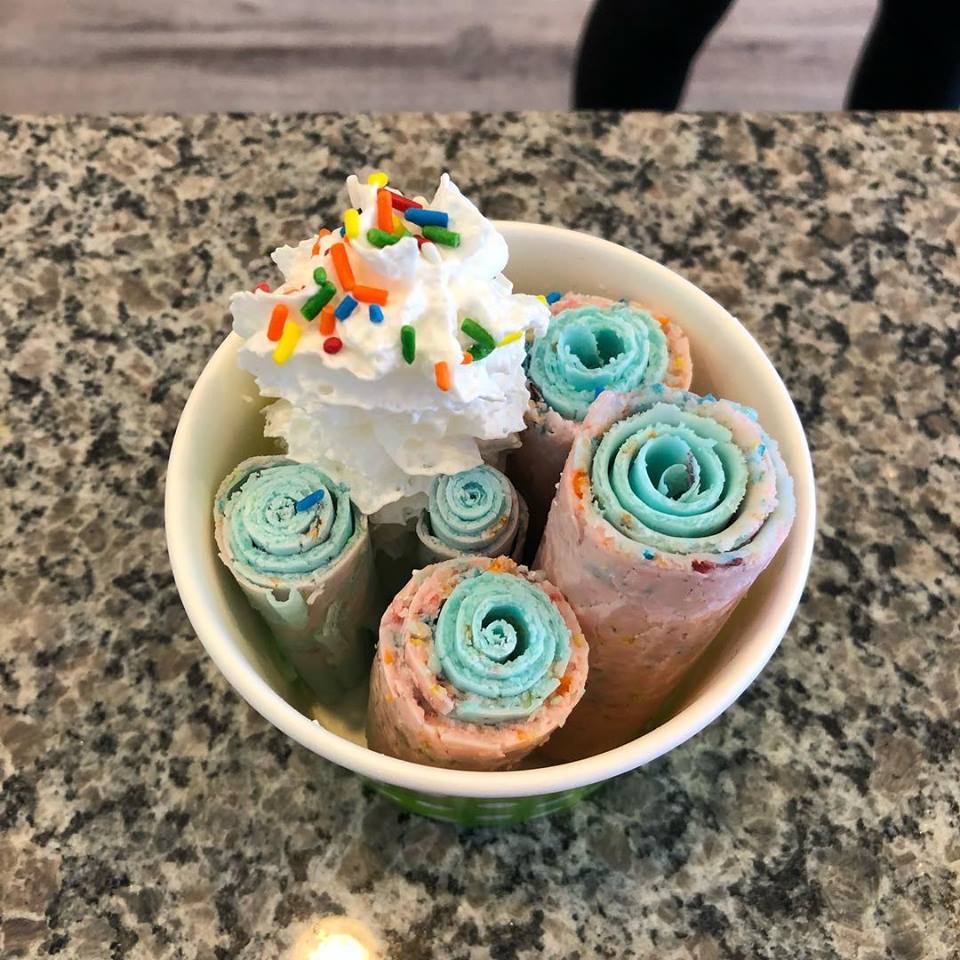 I had never made ice cream before when I was married in 1994, but we received a frozen treat maker as a wedding gift, and thus began my foray into the world of frozen dessert making. After much experimentation I came up with this very tasty basic ice cream recipe that is smoothly perfect in texture as well as flavor.

The recipe makes approximately a half gallon. Once you get the hang of it, this process goes really fast. I make it about once a week all summer long and on special occasions the rest of the year. The whole family loves it.

These are the directions for the varied flavors I do, all using the same basic recipe above.

Toasted Marshmallow: Cut down sugar just a tad. Add 1 tsp. vanilla to custard mixture. Spread about half of one bag of large marshmallows in a foil-covered pan and toast in the oven till brown, about 15 minutes at 350 degrees. Add to finished dessert, chop up, and mix in.

Banana Cream Pie: Puree two bananas in blender with some of custard mixture and add to rest of ice cream with ½ tsp. vanilla. Make about three dozens tiny disks of pie crust (bake at 350 degrees for 15 minutes) and stir into finished ice cream before ripening.

Strawberry: Cut down sugar a tad. Add ½ tsp. vanilla and two cups sugared and pureed strawberries to base mixture.

Peach: Add ½ tsp. vanilla and 15 oz. can peach slices in syrup, pureed, to base mixture.

Chocolate-Marshmallow-Banana: Add scant ¼ cup cocoa to sugar before adding milk at the beginning. Add ½ jar marshmallow cream, and ½ banana to some of cooled custard mixture in blender.

Chocolate Chip Cookie Dough: Add ½ tsp. vanilla to base mixture. Ten minutes before churning is done, add about a third of a tube of cookie dough, partially thawed and chopped.