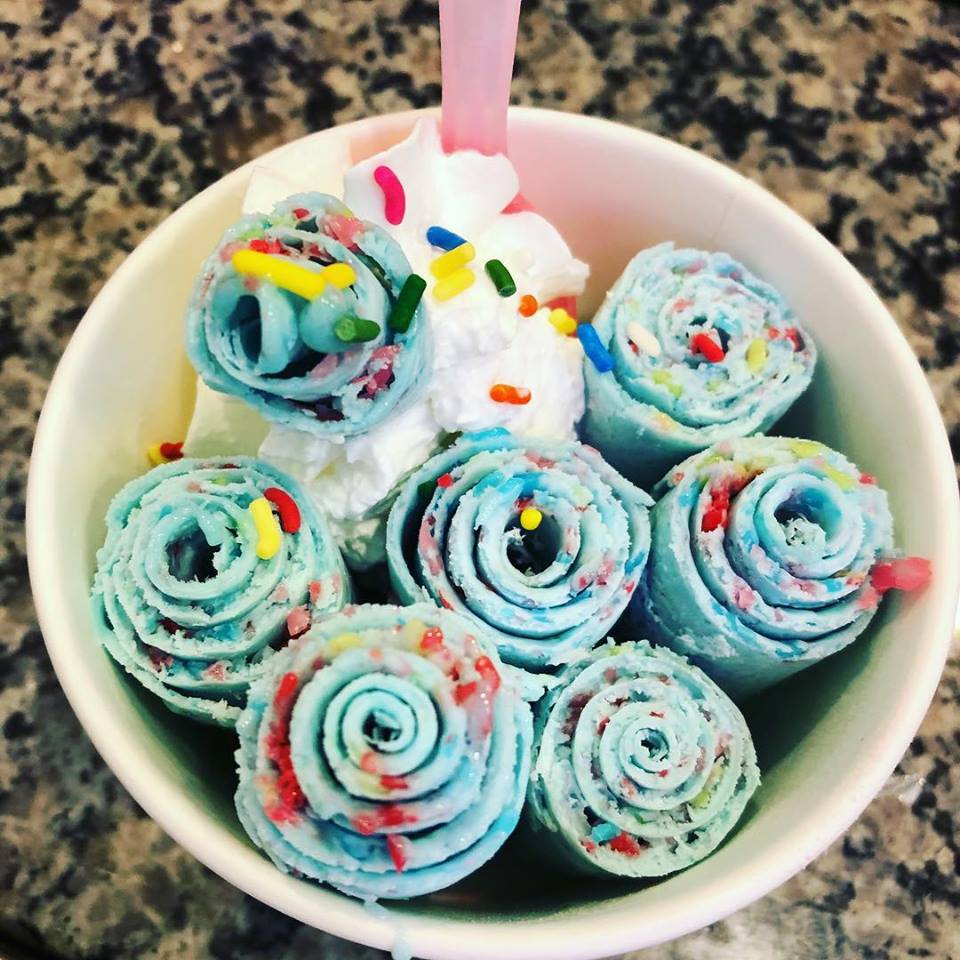 Frozen Yogurt: Up Close and Personal With the King of Treats

What is Frozen Yogurt?

Frozen yogurt or froyo, as it is fondly referred to by the masses, usually consists of milk solids, sweetener (usually cane or beet sugar, although the use of corn syrup has risen in recent times because it is more cost-effective), milk fat, live and active cultures (mainly Lactobacillus bulgaricus and Streptococcus thermophilus), natural or artificial flavourings, and sometimes natural or artificial colouring. Regular frozen yogurt consists of 3-6% milk fat by weight, whereas milk fat comprises up to 20% of premium ice cream by weight, while low-fat frozen yogurt comprises of ten times less milk fat than premium ice cream. This means that frozen yogurt generally has a much lower fat content and therefore is usually also the lower calorie option. However what really sets the two apart is the live and active cultures found in froyo. Although this popular treat has been around for more than three decades, the seemingly endless list of health benefits associated with including these cultures in your diet is still expanding. With this being said, one cannot help to wonder what being ‘the healthier option’ is contributing to the growing popularity of the sometimes tart, sometimes sweet alternative to ice cream.

A Star Is Born

Frozen yogurt was first introduced in New England, U.S.A. in the late 70’s as a soft serve dessert and shortly thereafter, not too far from there the first packaged froyo hit the shelves of an ice cream shop in Boston, Massachusetts. Yet, it wasn’t until the mid to late 80’s that the newest addition to the frozen dessert family gained the popularity which saw its market share soar in the 90’s, its popularity growing ever since in large part due to the fact that froyo stores are popping up in towns and cities all over the world. Although retail sales fell during 1998 – 2003, the frozen yogurt industry today is stronger than ever. One might speculate that the introduction of more tart varieties around 2005, may have assisted this resurgence, which may confirm the public’s craving for something different than traditional ice cream. Today there are more than 5,000 frozen yogurt stores in the U.S. alone, with annual sales exceeding $300 million.

While frozen yogurt definitely comes out the winner in the nutrition stakes, the key remains moderation. Froyo still contains sugar, although no more than ice cream. This means consuming this much-loved soft and creamy dessert by the bucket load, might turn this otherwise super-healthy snack into an evil weight-gaining tool. Another culprit may be the choice of topping; many consumers, sometimes those with bodyweight issues and even those who suffer from obesity, venture out for a normally healthy serving or two of this delectable treat, just to fill up any remaining space in their cup with loads of calorie-rich extras – an honest yet common mistake. For many frozen dessert lovers out there making healthier culinary choices have become increasingly important. With this in mind some leading frozen yogurt chains have included sugar-free varieties.

When taking into account the large selection of flavours (and the option of combining them in one cup) and toppings, chances are you might be leaving your favorite froyo joint with a very pricey cup of cool indulgence. This is why sales of frozen yogurt/ice cream machines for home use have risen considerably in recent times. Top quality brands easily sell for less than $50 and sometimes less than $40. Combine this with the minimum amount of time and effort required to make 2 quarts of smooth and creamy perfection, it’s easy to see why home dessert makers have become somewhat of a countertop-must-have. All that’s needed now is froyo mix readily available in powder form (to which you simply add water) our liquid form ready to pour into your frozen yogurt maker.